Have Courage and be Kind.

Kenneth Branagh’s 2015 film version of the classic fairy-tale, Cinderella, struck me as having a significant difference. In the traditional renditions of the story I was told as a child, I think I came away with the idea that ‘beauty’ and ‘ugliness’ were about physical appearance. However, Branagh manages to convey the idea that attitudes of the heart matter so much more, and this started me wondering about whether the film might prove a useful tool in explaining Non Violent Resistance (NVR) to children.

Branagh’s telling of the story moves away from any notion that the step sisters were physically ‘ugly’, and redefines their unpleasantness as their unkindness. Ella is charged by her dying mother to ‘have courage and be kind’ and this is a theme that is carried throughout the film. Ella’s step mother, and 2 step sisters, none of whom are particularly unpleasant to look at, go on to treat her increasingly cruelly, threatening her image of herself as a child who was loved by both her parents before they passed away. Her attractiveness comes from her courage and kindness, in the face of considerable abuse – her refusal to give up, or resort to being mean to them in return. In the same way, the practice of NVR requires both courage and kindness – courage to ‘break the rules’ and act in a way that can feel counter intuitive, and kindness in loving others and moving towards them despite their behaviour. Cinderella (as she has been renamed by her tormentors) pronounces her forgiveness towards her step mother as she leaves the home at the end of the film, so keeping her dignity, self respect, and promise to her mother intact.

As trainers, practitioners, parents and grandparents, I guess we not only want to encourage (note the French for ‘heart’ buried in that word – take heart, dear friend…) other parents to resist violent behaviour in their children, but to teach and train our children and grandchildren to develop attitudes of courage and kindness towards others, when faced with bullies, or those who threaten their images of themselves as loved.

In the same way, I can see that my own journey of development of the practice of NVR requires courage and kindness – not least of all to myself. 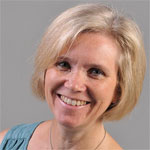 The opinions and views expressed on this blog are those of the blog post author and have no relation to those of any academic, health practice or other institution, including those of PartnershipProjects UK Ltd.

Many thanks again for the course. I have felt much more relaxed in my parenting and feel like I am slowly able to find again that sense of being the mum I would like to be. That is precious to me!

It was fantastic – the best training I’ve been on. Trainers were knowledgeable and the ability to help us think reflectively was fantastic. So relevant. Well delivered. I’ve never done role play in such a connective way.

Finding PartnershipProjects and engaging in NVR has been a lifesaver and I would hate to think what our lives would have been like if I hadn’t chosen the NVR path.

What an incredible few days together.

“What an incredible few days together – it was such a privilege listening to the inspirational presentations from everyone. It was wonderful to spend time together immersed in NVR thinking”.

“I never fail to be amazed with the inspiration and motivation gained on PartnershipProjects courses.

“I never fail to be amazed with the inspiration and motivation gained on PartnershipProjects courses. Thank you for sharing ideas and passion with me and for inspiring me continuously”.

I trained to Advanced level with PartnershipProjects & I am currently studying the Accreditation Module. Peter and Rachael have given me invaluable tools to use with families which has helped me make a lasting impact on their lives. Within my service I am the go to NVR worker due to this comprehensive training program. It has furthered my desire to use NVR within my everyday practise. Peer learning and seeing how others implement NVR within different service settings is a wonderful experience. Mixing with like-minded NVR professionals brings learning to life.

Your training style was very engaging, and you had a lot of patience with the group.

The course was brilliant

The course was brilliant thank you – we all absolutely love it, learnt so much and have come back to work feeling all inspired! Best wishes.

I have come back to work incredibly inspired and thoughtful about how to embrace this approach into my work place.

NVR training’s have been crucial stepping stones towards the implementation of NVR in Birmingham CAMHS.

I wanted to thank you for the two days of training in the Netherlands.

Really enjoyed the training. Its something that will stay with me.

NVR is a highly regarded practice amongst clinicians and parents.

NVR is a highly regarded practice amongst clinicians and parents as per the high number of referrals we receive and the positive feedback from parents. The highest percentage of referrals is for C&YP with a… combination of neurodevelopmental, behavioural and attachment conditions who live in multi-stressed environments; definitely this is the therapeutic option when the C&YP do not wish to engage with the service. Positive outcomes include: improvement in the relationship between parents and C&YP, reduction of aggression between siblings, reduction and prevention of escalation, improvement of family relationships, reduction of risk behaviours and violence in the family; more engagement of extended family, parents and teachers as well as parents feeling more hopeful and confident of their own abilities. Clinicians describe how the approach has had the effect of restoring the strengths, resources and abilities not only within families but also within and between clinicians and has mobilised difficult and challenging situations into productive direct actions. Dr Diana Alvis Palma Consultant Family Therapist, Birmingham CAMHS Read more “NVR is a highly regarded practice amongst clinicians and parents.”

Our relationships are stronger and violence including self violence has decreased.

We approached Peter Jakob as a consultant clinical psychologist to support our residential childcare organisation. At the time we knew nothing about Non Violent Resistance (NVR). The therapeutic approach underpinning our work with young people… was and remains Cognitive Behavioural Therapy (CBT). Whilst CBT is an excellent model for helping the team to understand young people difficulties and motivations it did little for those young people who were not ready to except help. Working with young people who were entrenched in harmful and often violent patterns of behaviour, who were also rejecting our care, was painful for them and demoralising for the team. This is where NVR really transformed our service. It gave the staff a variety of interventions underpinned by strong principles to resist violence and harmful behaviour. In recruiting the community around the young person to resist harm and reconcile, rather than attempting to control, our relationships are stronger and violence including self violence has decreased. Through our use of NVR supported by PartnershipsProjects supervision and training, we have successfully enabled young people who’s trauma had left them feeling hopeless, worthless and angry to develop real ambition, sustain meaningful relationships and focus on a preferred future. Kerry Shoesmith Read more “Our relationships are stronger and violence including self violence has decreased.”

It’s completely changed my life and my children’s lives.

Just wanted to drop you a message to let you know how the NVR is going… It’s going exceptionally well! It’s completely changed my life and my children’s lives. I’ve been practising for almost 3… months now, and the changes are very noticeable. Tom (the 10 year old) has come on enormously. He is actually able to be self-reflective about his behaviour when he does lose his temper, and explain how he could have reacted differently (this was previously unheard of – his anger was always justified, and always someone else’s fault). He’s currently in the process of beginning to accept when he has behaved inappropriately and then make decisions about how he could possibly react in the future in a similar situation. He still occasionally kicks off, but it’s gone from daily to once every 3 or 4 weeks. He still annoys the 2 year old and his brother, but he is able to stop doing this when I raise my presence. He has started APOLOGISING when he’s done something like this and always without prompting! Literally never happened before! Dan (the 11 year old) has just started senior school and has now taken over from Tom as being the one who acts out the most and seems hell bent on pushing Tom’s resolve and trying to get him into a physical fight. He does have a lot on his plate dealing with a big change, and clearly feels insecure about his place in the world. His behaviour has made me realise they are always – and have always been – competing with each other to either be the best child or the worst child. I’m spending time with him in the evenings after Tom has gone to bed talking through his feelings and doing kind of ‘mini announcements’ about violence of any form being unacceptable. He is very self-aware and feels more empathy than Tom so this is working at the moment. I also whatsapp him messages of reconciliation throughout the day when he’s at school. Amy (the 2 year old Tasmanian Devil) is now staying in bed at bed time AND sleeping through the night in her own bed. This is beyond a miracle. We negotiated an agreement where I sit in her room by the door for 5 minutes after I say good night, and then come back to check on her every 5 minutes – provided she stays in bed. It’s changed everything and we are now both getting a lot more sleep and are consequently a lot happier. She is also trying really hard not to shout and scream about what she wants but to ask nicely, and think about how shouting upsets other people. But she’s 2 so, you know, this doesn’t always sit well with her, and she still has the occasional meltdown and makes herself sick. As I can’t even remember when the last one of these was, I think it’s safe to say she’s getting there. I read a quotation by Haim Omar where he said Presence and Prevent Escalation are really 2 sides of the same coin. I asked a friend of mine who is a jeweller to make me a silver bracelet with a small disc on it engraved with a P on one side and PE on the other. I wear this every day and rub the disc frantically as if it’s a talisman on days when it’s all going wrong and I want to scream at them all (fortunately these days are now few and far between). Sorry this was longer than I intended, but I just wanted to let you know the difference it has made to our lives. I even got my mother to just sit quietly and raise her presence with them instead. She loved how effective it was! Thank you for the enormous change in myself, which has brought about such a welcome change in my children and our lives. (*names have been changed to protect identity) Read more “It’s completely changed my life and my children’s lives.”

If you have attended any of our training / workshops or used NVR in any capacity and would like to provide us with a review / testimonial we would love to hear from you. Get in touch here.

Keep up to date with NVR news & events